Learn how to apply Modifiers to your Rates so that they are dynamically adjusted based on the postcode of the order. When editing a Rate you will see a third panel called ‘Rate Modifiers’. This panel allows you to create a set of conditions under which the calculated price of the Rate will be reduced or increased.To get started, click the Add a Rate Modifier button within the ‘Rate Modifiers’ panel: 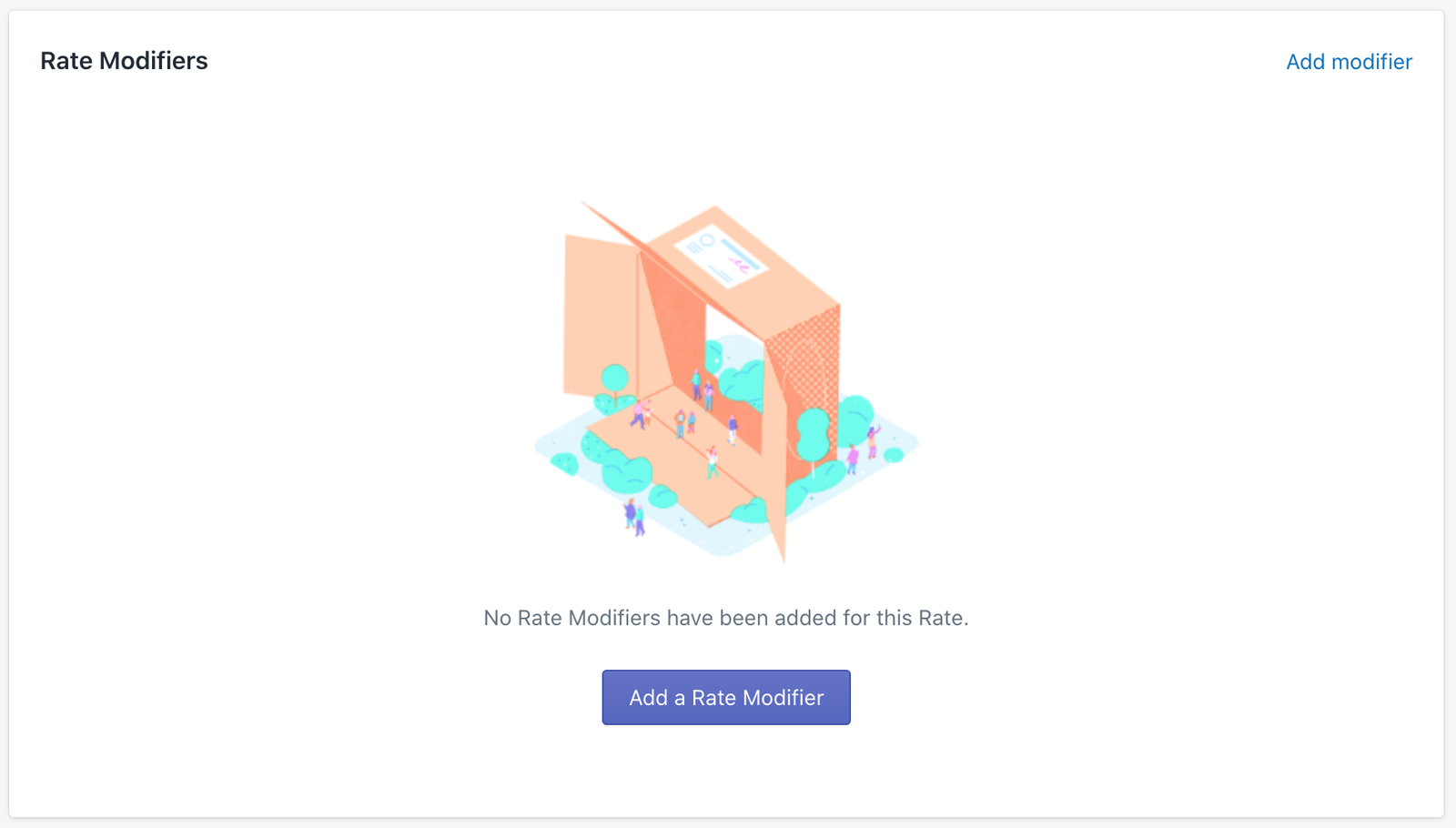 This will open a set of six fields that will allow you to enter details about your new Rate Modifier:Reference - This is an internal name for this modifier to help you to identify it quickly. Customers will not see this reference.Title - An optional title for this Rate that will be appended to the Rate description that is displayed to the customer. For example if you add a Rate Modifier with a title of “20% off” that is applied to a Rate with a description of “Includes insurance”, the full description returned to the customer would be “Includes insurance - 20% off”Type - The type of modifier affects how the modification price is calculated. Your can choose between ‘Flat amount’ which modifies the Rate price by a specific amount and ‘Percentage’ which modifies the Rate price by a specific percentage.Effect - The effect of a Rate Modifier determines whether the modifier increases or reduces the price of the Rate.Adjustment - The adjustment field allows you to specify the amount by which this Rate Modifier should change the Rate price. If you selected ‘Flat amount’ as the Rate type, this field will be a money amount e.g. $5. If you selected ‘Percentage’ as the Rate type this field will be a percentage value, e.g. 5%.Behaviour - This field allows you to set whether this Rate Modifier should ‘Stack’ or ‘Terminate’ (see Rate Modifier Order and Stacking below).

When creating or editing a Rate Modifier you are free to add Rules that determine whether or not that Modifier is applied. To get started, click the Add new rule group button:

The Rate Modifier Rule builder follows the same conventions seen in the Rate Rules builder. The only difference is the order of ‘features’ that you can use as the basis of your rules.At time of writing you may create rules that are based on one feature of the order, specifically the postcode of the destination address. For example you may wish to apply a surcharge for users that have a postcode of 1234, 1235, 1236 and 1237. Currently only full postcodes are supported.