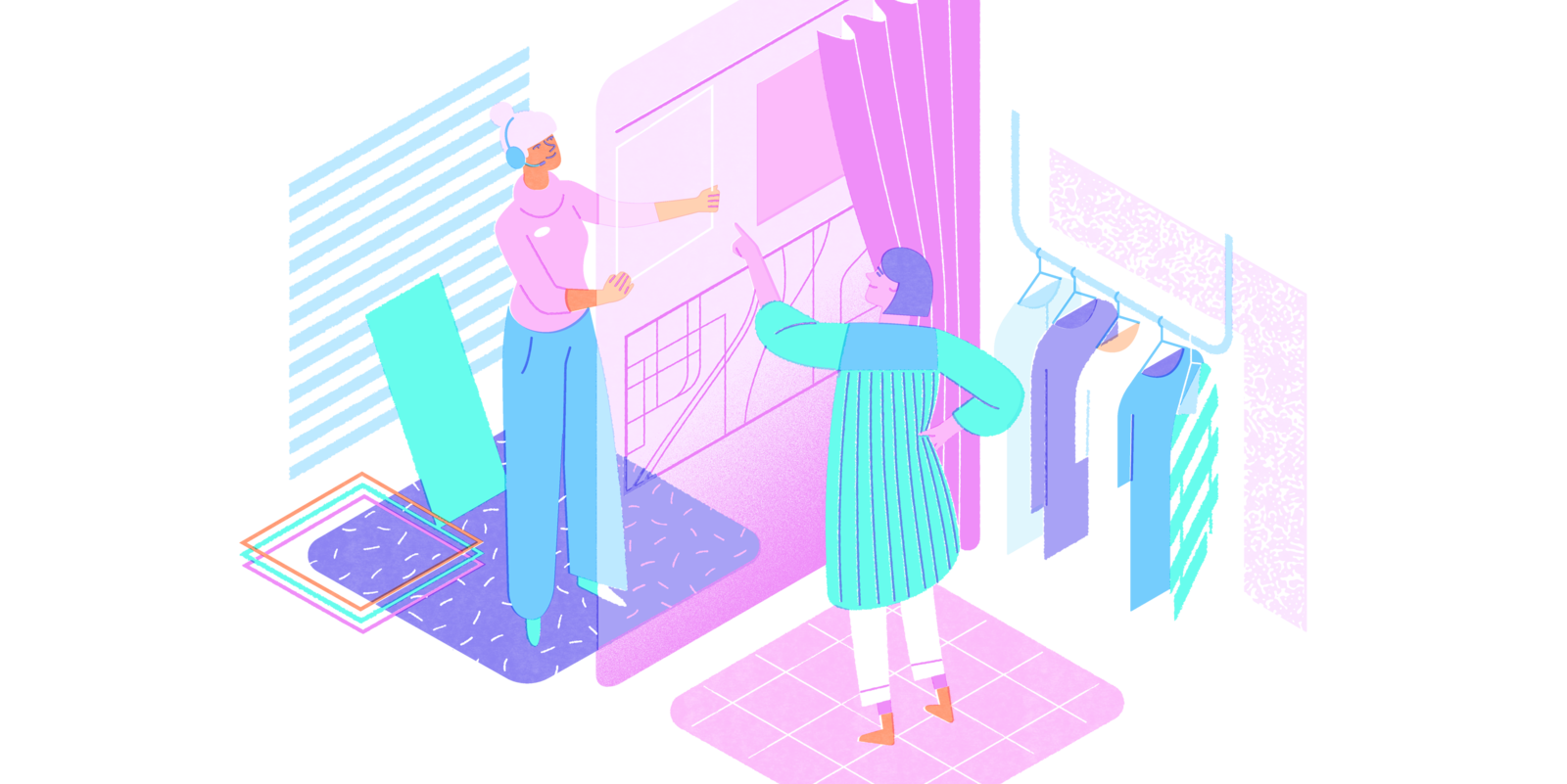 Matilda uses the ' Wildcard ' rule to target defined areas with alpha-numeric postcodes. She's based in London, UK and her rates for delivery to Northern Ireland are different to the rest of the United Kingdom. Since postcodes in the UK are alpha-numeric she makes use of the ' Wildcard ' rule. We'll step you through the process. Matilda's Clothing Store delivery areas & rates: GREAT BRITAIN [All postcodes on the Island of Great Britain]: £5 shipping NORTHERN IRELAND [All postcodes in Northern Ireland]: £10 shipping Matilda has already: Installed Postcode Shipping to her Shopify store & connected Carrier Shipping.Navigated to her Postcode Shipping dashboard.Created a Shipping Zone for the UK in Postcode Shipping. Create a Region using a 'Wildcard' rule: Matilda needs to define the exact areas she wishes to provide delivery to within the Shipping Zone 'UK'. She can do this by creating Regions and specifying the postcodes that make up each Region.Within a Shipping Zone (eg 'UK') click the option to Add a Region. 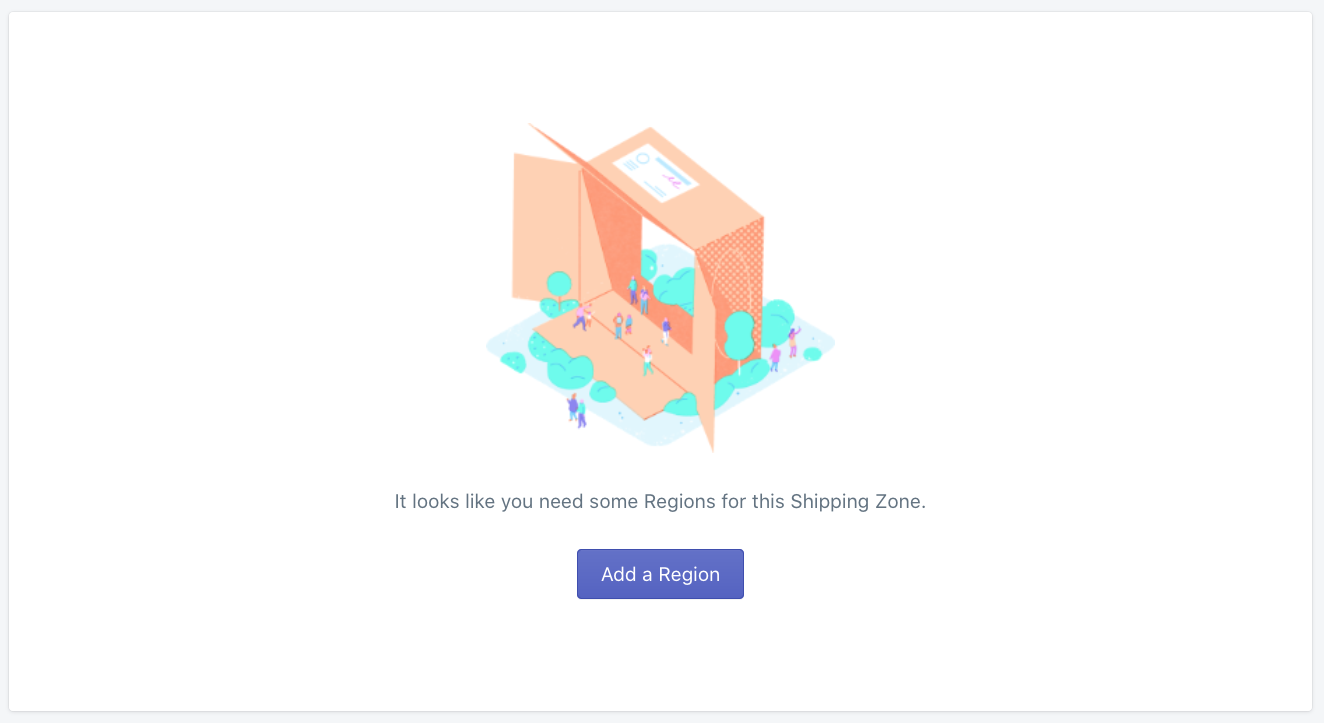 Give the Region a title. Matilda uses 'Northern Ireland' and keeps all of the default settings.Scroll down to the 'Rules Matches' and 'Rules Exclusions' sections. Define a Region by entering postcodes in the 'Rule Matches' and 'Rule Exclusions' fields.All postcodes in Northern Ireland start with a BT so Matilda specifies that all postcodes starting with BT are considered a match for this Region. She enters BT* in the 'Rule Matches' field.BT*Matilda is making use of the 'wildcard' rule, designated by the asterisk (*). A wildcard rule allows for the creation of rules that match any character from a given position within a postcode. In this case every postcode with BT for the first 2 letters is included, irrespective of the following characters.Click Save . 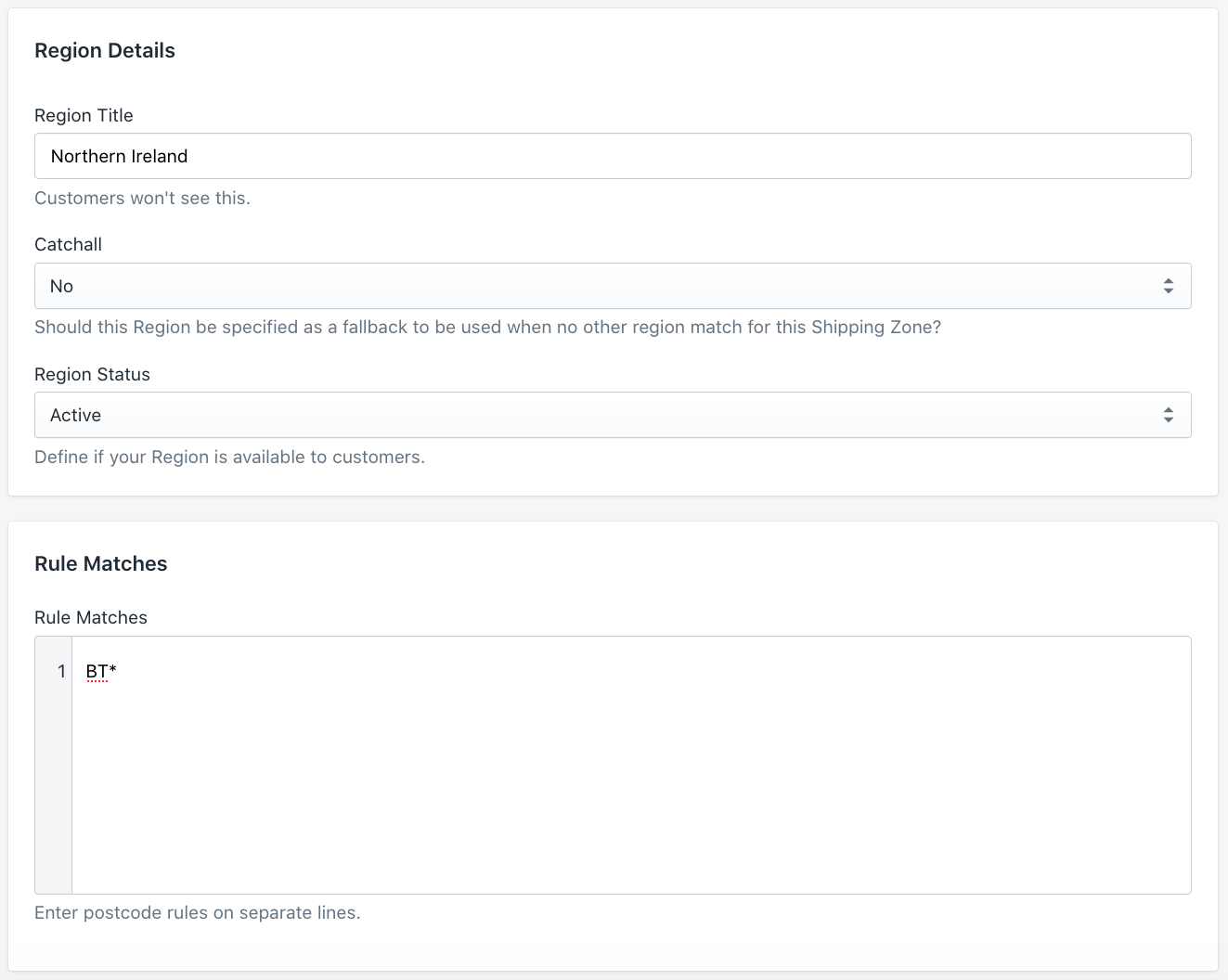 Create a 'Catchall' Region. Matilda would also add a second Region which acts as a catch all for the rest of the UK.Navigate back to the Shipping Zone (eg 'UK') and click Add new Region.Give the Region a name (eg 'Rest of UK'), and set the 'Catchall' status to Yes. Notice the 'Rule Matches' and 'Rule Exclusions' fields disappear, as no postcodes are needed for a catchall Region.Click Save . 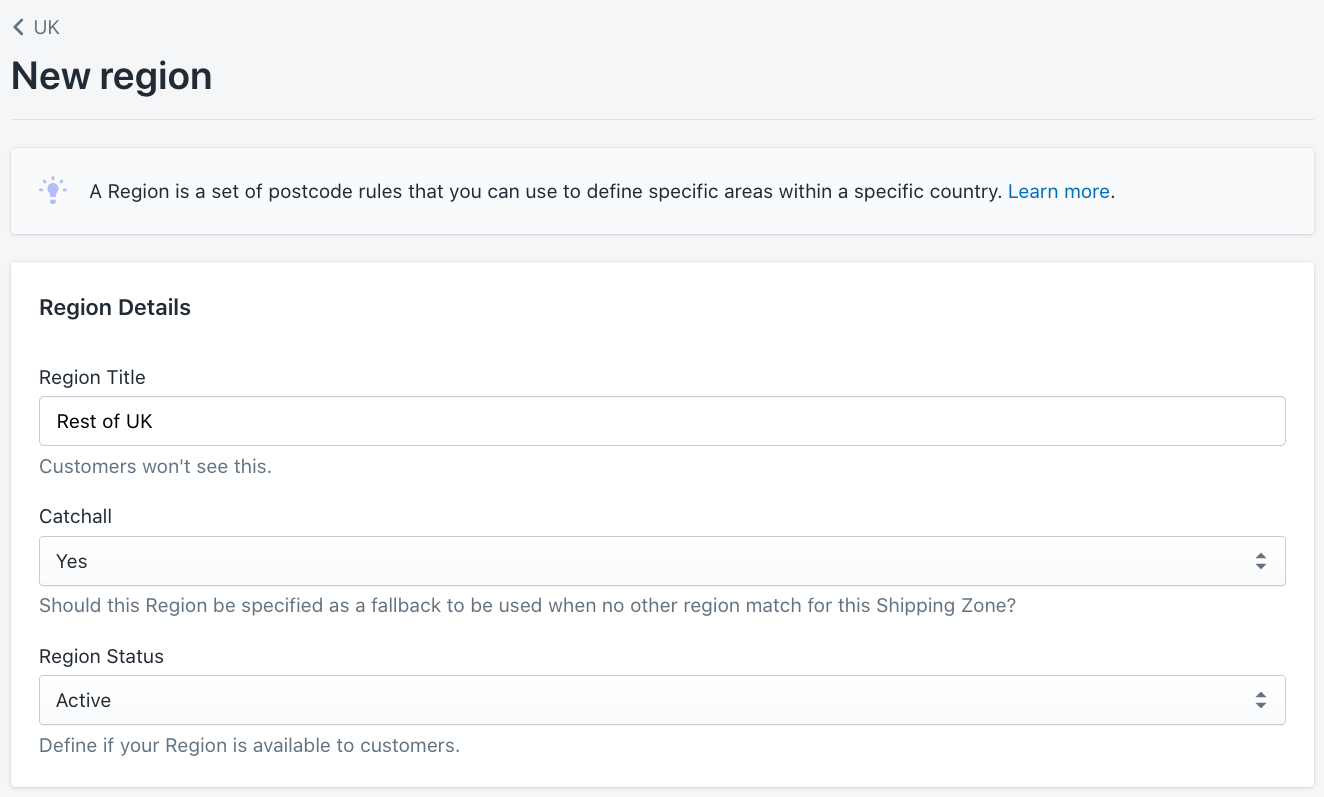 Once Matilda has created her Regions, she's ready to add Rates.At the bottom of any Region screen click Add a Rate . 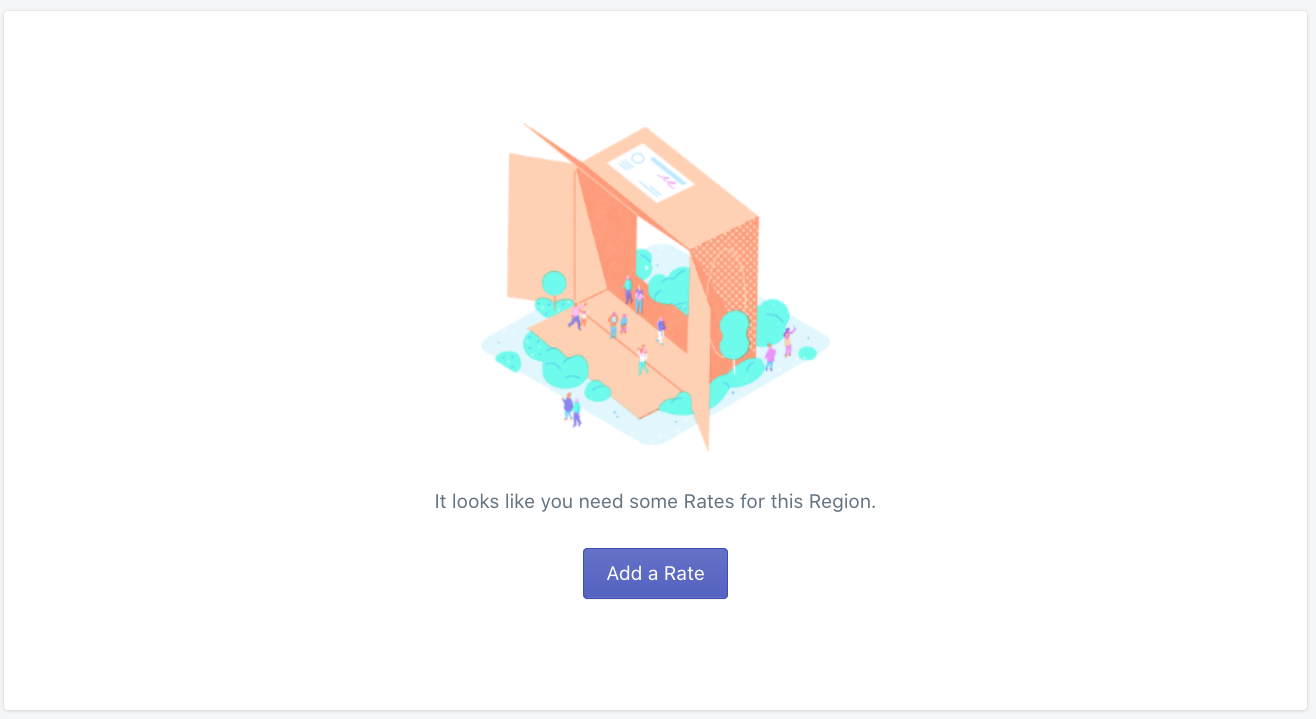 Fill in the rate details.Click Save .Now, when Matilda's customers proceed to checkout in her Shopify store, if their postcode begins with a BT they will receive the shipping rates she has set for her Region 'Northern Ireland'.You can use this setup for your country too! Even though this example is based in the UK, you can setup your rates in a similar way if you need to define areas with alpha numeric postcodes, no matter which country you are shipping from.